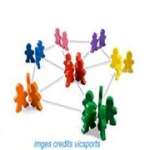 “Social Media” is the buzzword for 2012 and is expected to be the new norm for human relations in all spheres of life. From the way we communicate with each other to sharing information, doing business, engaging in politics, reading the news and even shopping, social media is re-writing the rules and changing the terrain of our daily lives. Just as you started getting your head around email conversion and email migration, avenues of communication via Twitter, Pinterest and Path are fast on the way to making email obsolete. The seminal events of 2011 and early 2012 were in large part shaped and created by social media such as Facebook, Twitter and Youtube, so much so that governments have attempted to restrict and even shut down citizens’ access to the Internet. Police and intelligence services have started to monitor traffic on popular social media sites and more and more companies are starting to realize the wealth of consumer information to be had there.  So what’s in store for social media? Is it a fad or a new way of relating? Here are some thoughts on the future of social media.

Crowd Sourcing … for Everything

Crowd sourcing is a way of getting immediate feedback and reviews by a community of users and is becoming a popular way for companies to test, market and refine their products. Crowd sourcing is also how opensource computer applications get tested, de-bugged and improved upon. Social media experts predict that crowd sourcing will become the main way people shop for the things they want. For example, when you want to eat out, you can use a social media app to see recommendations from friends or get immediate feedback on a particular restaurant. It is also becoming an increasingly popular way for angel investors and foundations to allocate funds, as members can vote for the projects that they would like to see funded.

More and more gadgets are moving away from input devices like the mouse and moving towards touch screens, the new iPad being one of these gadgets. Mashable, the enterprise that stays on top of the latest trends in technology, not only predicts that touch screens is the way to go, they are also championing a new screen technology, what they call “a new form factor”, that you can bend, twist and unroll without breaking and without any distortion to the image on the screen. The advantage of a flexible screen is that it frees users from the fixed screen sizes of computers, tablets and smart phones, enabling you to increase or decrease your screen as you see fit, to accommodate large articles or smaller content.

Social media will be everywhere. It will be so ubiquitous that eventually you won’t even notice its presence. You will be able to pass by your friend’s house and automatically see on your iphone whether he is home or not. By the same token, police, military, and intelligence services, as well as marketing and public relations firms, will be able to access more information on you almost instantaneously in a way that would have been impossible even five years ago. The technology that connects our every move and thought with each other also reveals them to entities who have a vested interest in this information, whether it is to sell to us or to monitor us. Perhaps this is the most salient feature of a social media future: that what we once thought was only our business has now become everyone’s business.

Author Bio: Tom Mallet is an Australian freelance writer and journalist. He writes extensively in Australia, Canada, Europe, and the US. He’s published more than 500 articles about various topics, including email conversion and email migration.

Managing online reputation across different languages, tips for bloggers
Round Up – Spreading The Love
A New Social Bookmarking Site Itrackthatsite.com
Impact of Social Media on Business