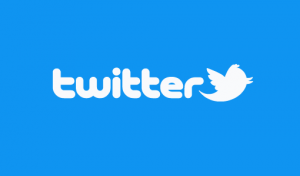 Twitter, you need to do a better job at communicating with the developer ecosystem that has been formed around your API for the past couple of years.
At least, that’s the message the developers themselves seem to be sending out to the startup at an increasing rate. Jesse Stay from SocialToo wrote something about this earlier today on his blog, criticizing the startup over a change it made to its following limit policy without notifying anyone else prior to the tweak actually being implemented.

Now we’re getting more and more incoming from developers who have noticed that OAuth, an open authorization protocol that Twitter’s been testing in public beta for about a month now, has been “temporarily disabled”. Naturally, Twitter is abuzz with angry and confused third-party application developers, some of which started reporting the fact that oAuth stopped working as early as three days ago. That means some of them have been unable to let new users sign up for quite a while, and although some are saying that Twitter knows about the problem and is working on a fix, silence from the company seems to be the key trend here.
Update: they did respond to a query (again from Jesse Stay) in this group, saying that the problem should be solved in 48 hours. (message from 12 AM, Apr 21)
Meanwhile, Twitter’s lead API developer Alex Payne has admitted that the startup is coping with a ‘big support backlog’ and that they’re trying to hire more people to handle the load. Full Story On Tech Crunch

Social Media Sites Do We Need Them?
What is the Future of Facebook after its IPO release in coming years?
How-To: Social Media Marketing From Your Smartphone
Impact of Social Media on Business